In some cases, this decision can be made after the initial prototyping stages, or it can be as simple as “I want it to look exactly as that game!”

In case of The Operand, however, I wanted to take on the more experimental route and try (..and fail, many times) to prototype something unique.

Thanks to the modern game engines , there is really not much standing in your way when it comes to creative expression through visuals. In fact, the amount of possibilities can quickly become overwhelming. This is the best time for setting some basic boundaries yourself.

For me it was these principles:

The next step after this was of course making a folder full of visual references that, in some way, resemble these principles. Here is what I found: 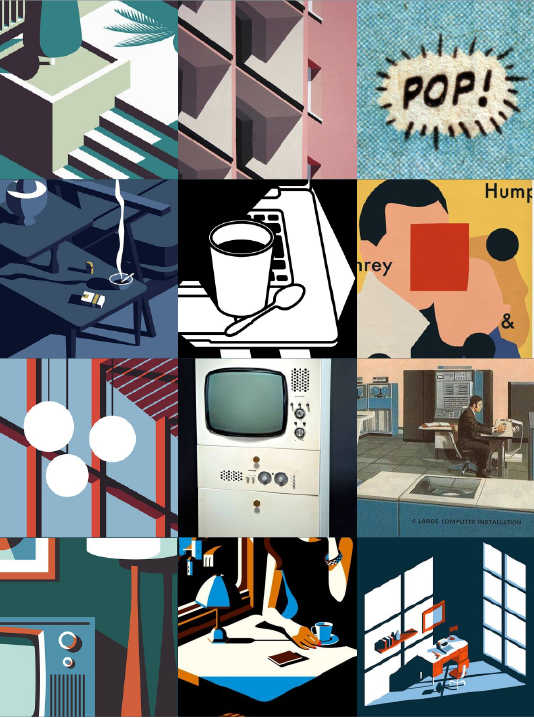 Overall I've found more than 200 images full of interesting visual ideas and was ready to narrow the visuals even more:

And then, combining these findings with the game theme and goals from the previous blog post, I could add these more specific requirements:

With these rules set in, I can finally start experimenting with visuals on my own.

A short story of Behaviorism